A Walk Through the History of Holcombe Moor

On Sunday 9th September 2018 we held a “Walk and Talk”  for members of Holcombe Moor Heritage Group entitled ”A walk through the history of Holcombe Valley”. Eight members took part in the walk on this breezy afternoon. The group met at the Lumb Carr Road car park at 1pm. After a health and safety briefing we set off along Moor Bottom Road. We looked at the well at the bottom of the road, one of the dry stone walls and then a vaccary wall. At Clarke’s Tenement the group began the ascent up onto the Moor, stopping to look at the view on the way. At the top we learned more about “The Breathing Ground”, which was described by Dowsett as a place where horses were exercised. In 1844 a Mr Thornton, a vet from Bury, kept thoroughbreds in a stables on Harcles Hill in order to exercise them on the Breathing Ground. (Dowsett 1901, 86). The Breathing Ground was not evident on the ground. We passed the “Old Grey Wall” which may date back to medieval times or beyond. The group went to Pilgrim’s Cross, which may have been built on the site of a Bronze Age burial cairn. At Ellen Strange’s stone the group heard the story of how Ellen’s body was found on the Moor, and her husband was tried for murder, but aquitted through lack of evidence. After visiting Robin Hood’s well the group returned to the car park. We had planned to visit Peel Monument but time was short, so we decided to leave that visit for another time. For further details about the features we visited, please click on the link to the document below.

Download A walk through the history of Holcombe Moor 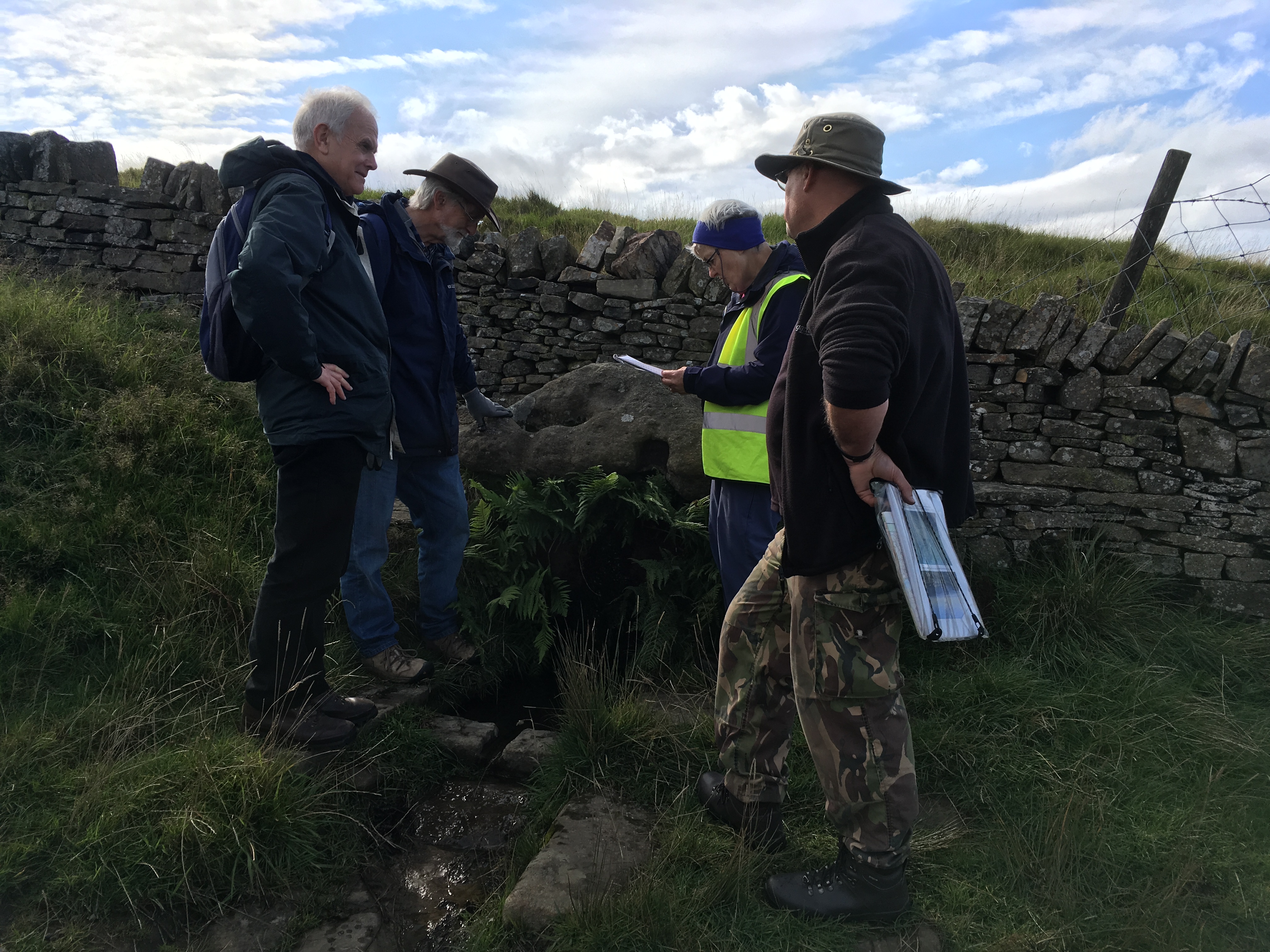 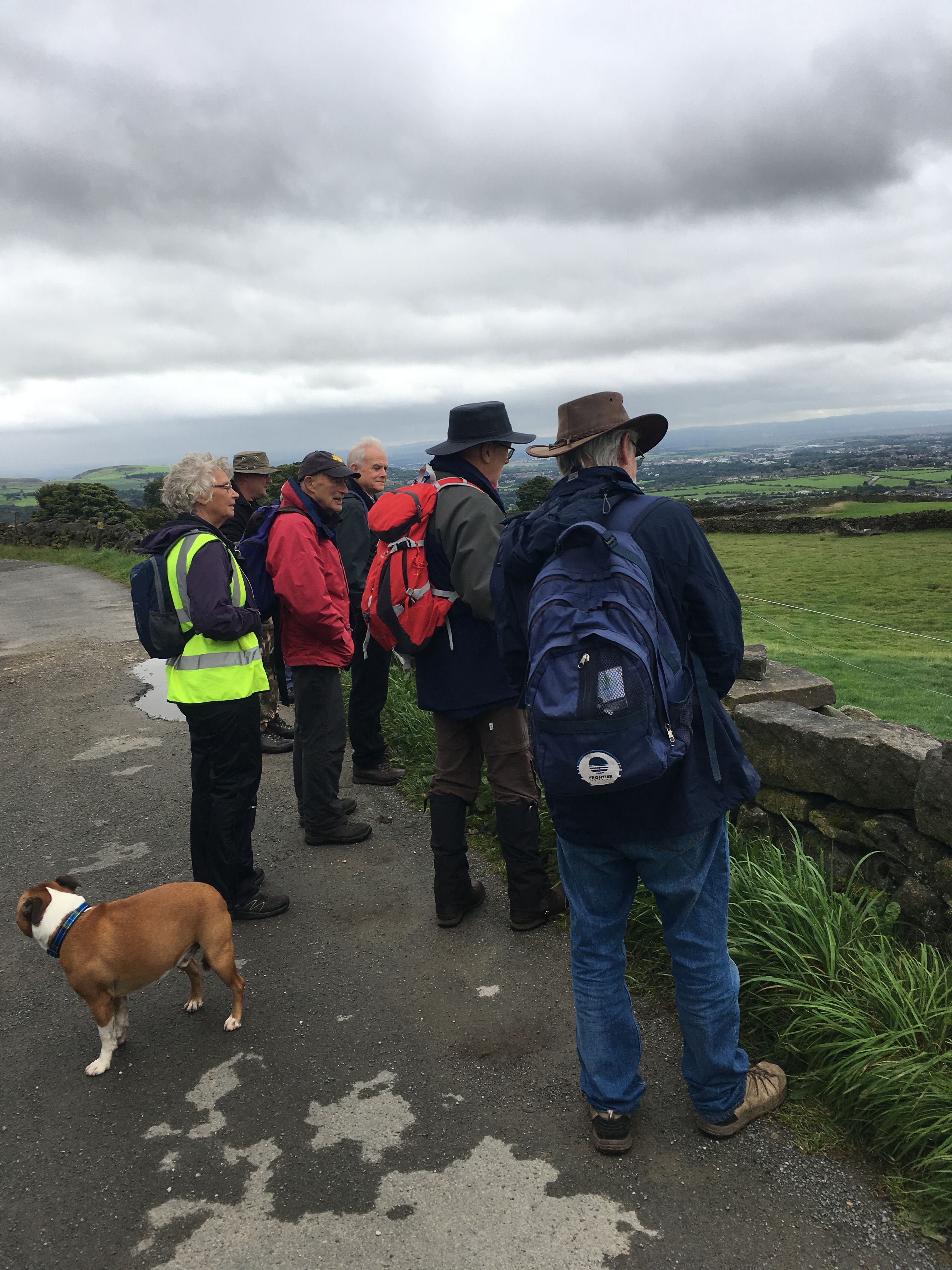 Looking at a drystone wall 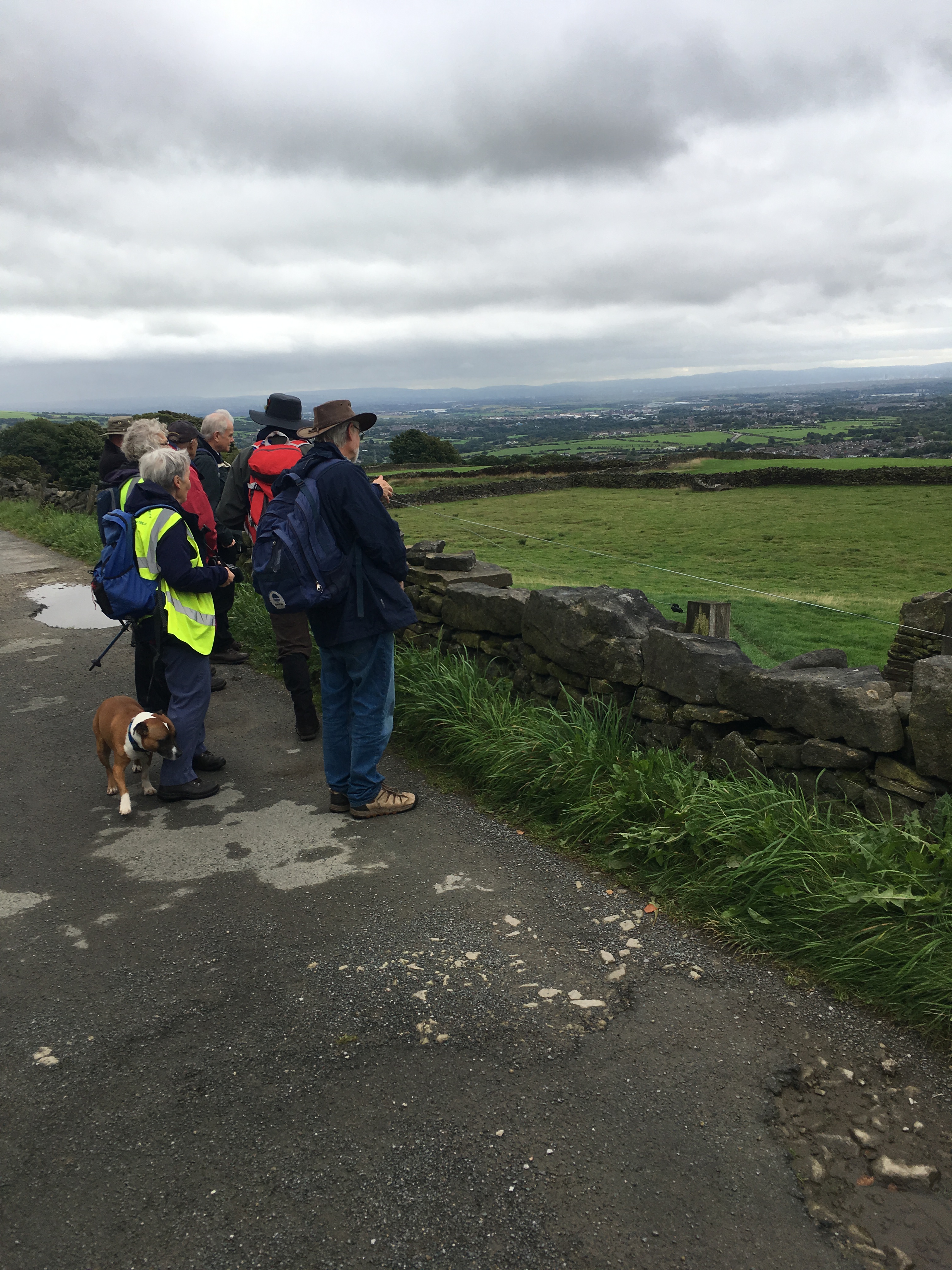 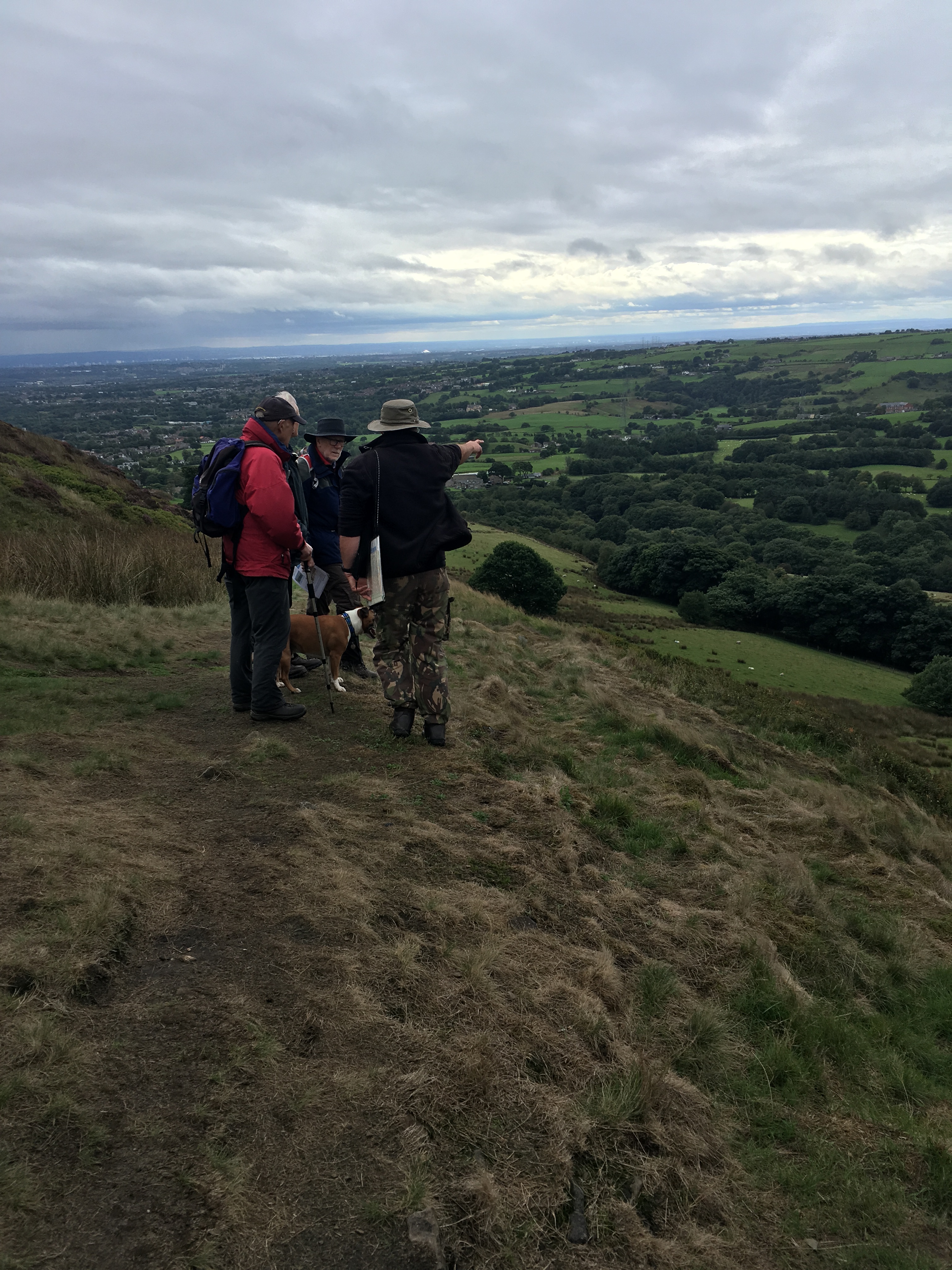 Looking at the view above Clarke’s Tenement 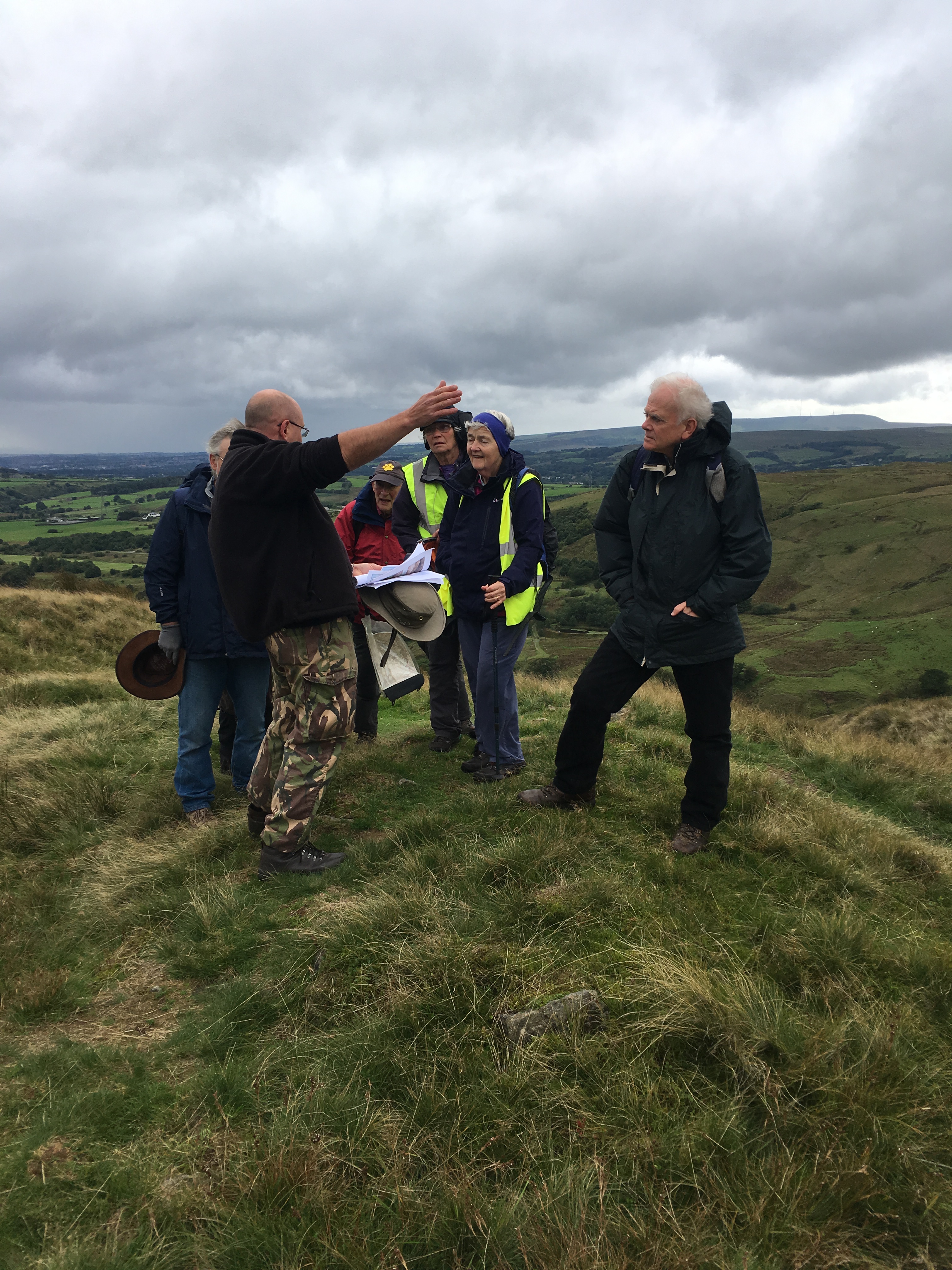 Standing on the Old Grey Wall 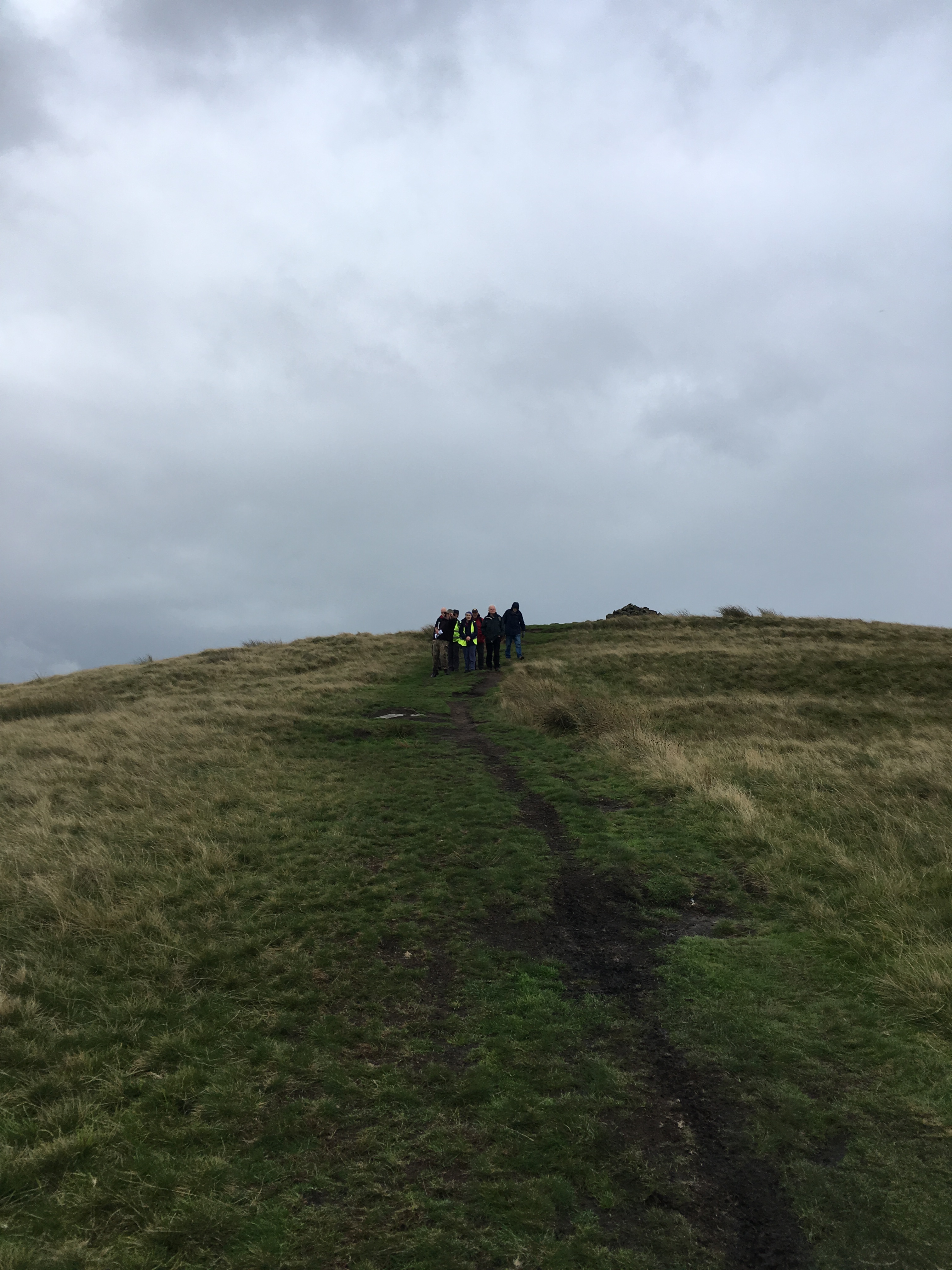 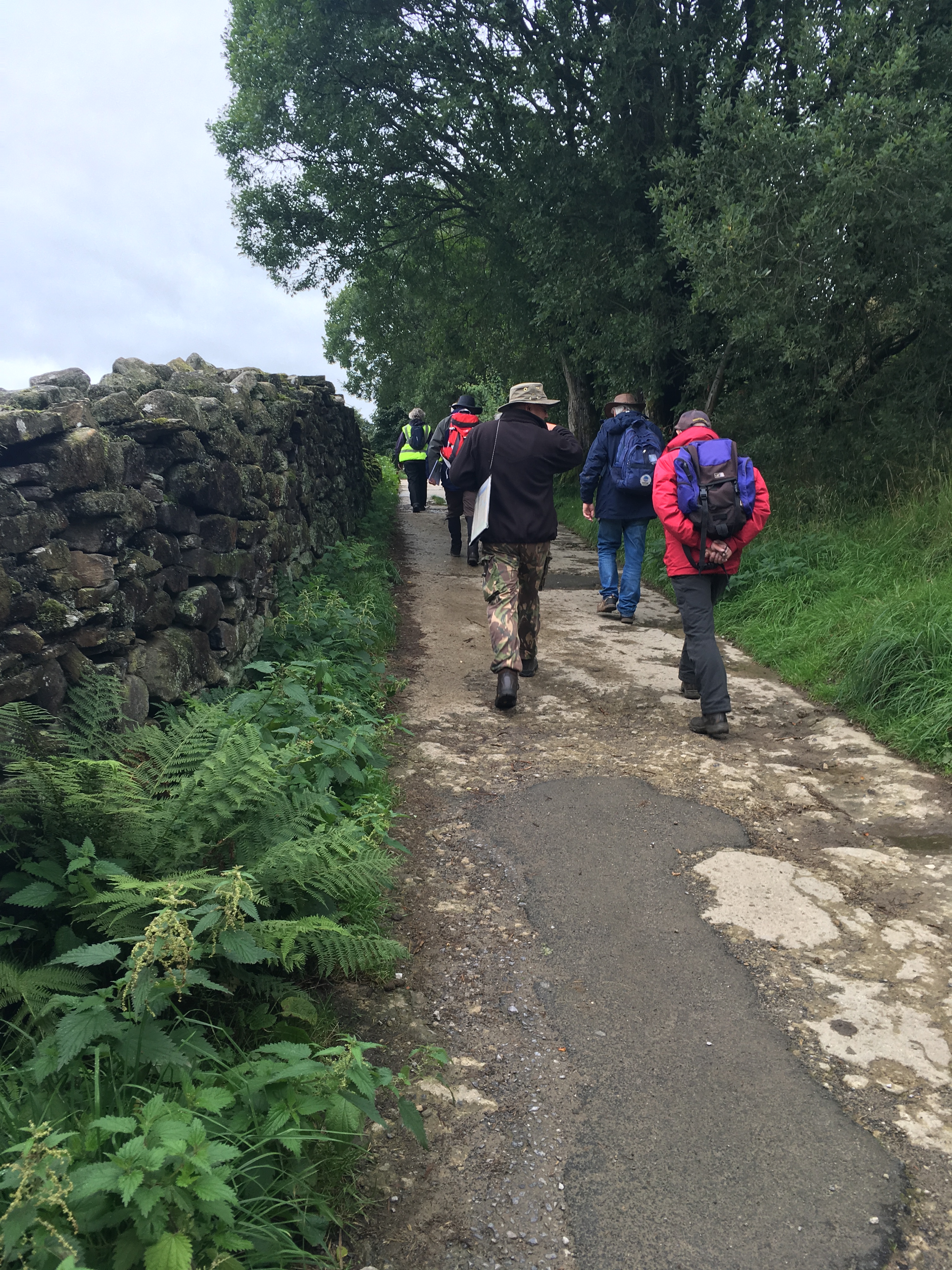